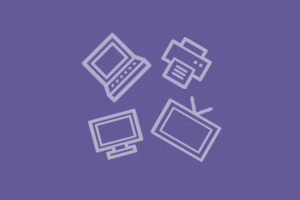 Australia and New Zealand Recycling Platform (ANZRP) has welcomed three new members to its Board, enhancing the already impressive industry credentials of the leader in responsible electronic waste (e-waste) recycling.

ANZRP is a not for profit, industry-run member body established to manage the national TechCollect e-waste collection and recycling program, operating under the National Television and Computer Recycling Scheme (NTCRS).

The ANZRP Board, established in 2011, is made up of representatives from the consumer electronics industry and other experts to ensure TechCollect achieves its objective of creating a community which collects, processes and safely recycles e-waste for responsible outcomes.

ANZRP Chairman Mark Mackay believes the company’s high calibre membership and expertise at Board level are vital to its success. “To continue our strong performance, we need to maintain a solid understanding of the industry we represent, and our new Board members will play a critical role in ensuring we provide the best possible recycling program to the public on behalf of our members,” said Mackay.

“Lynn, Justin and Kerryn bring to the Board years of collective experience which will play an important role in the development of ANZRP’s future strategic direction. Their expertise will allow us to build on the TechCollect program’s success to date, a large part of which is due to the significant contributions of outgoing directors Garry Pearce, Robert Mesaros and Martin Stokie,” added Mackay.