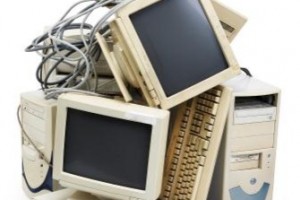 ANZRP, which operates the TechCollect e-waste recycling program under the National Television and Computer Recycling Scheme (NTCRS) is pleased to announce the appointment of Warren Overton on 5 February as its new Chief Executive Officer (CEO). Outgoing CEO Carmel Dollisson will be taking a well-earned break before undertaking some new challenges, announcing her intention to step down from the CEO role late 2017.

Warren has over 20 years’ experience in sustainability, including executive roles in Government, business and industry associations. He was Co-Founder and Managing Director of Viridis, a national sustainability consulting business, and is a highly-regarded sustainability advocate and spokesperson. Before joining ANZRP, Warren served as Director, Business and Built Environment at Sustainability Victoria.

“The Board is very pleased to have Warren joining ANZRP. His exceptional track record in sustainability places us in a very good position to build on the strong foundations that Carmel and her team have built since ANZRP’s inception”, said ANZRP Chairman Mark Mackay.

Carmel’s has been the driving force behind ANZRP’s growth; under her leadership, TechCollect has become the largest e-waste recycling program under the NTCRS.

The ANZRP Board, comprising of representatives from Member companies Canon, Dell, Fuji-Xerox, HP, and Toshiba, together with three independent Directors, undertook a comprehensive executive search before appointing Warren Overton.

The Board sees Warren’s key priorities as leading ANZRP through the concluding stages of the current Regulatory Review of the Product Stewardship Act, and the aftermath, and to continue to drive the expansion of ANZRP’s mission to be a leading product stewardship partner, recognised both locally and globally.

“I’m delighted to be joining ANZRP at this vital time in the company’s evolution. Carmel’s exceptional work has put us in a great position to expand our operations to achieve the dual outcomes of lower costs to our member companies and better recycling outcomes for the Australian public,” said Warren Overton.

“In terms of our core program, it’s very much business as usual, as TechCollect now operates as a well-oiled machine. But there’s a great deal more we’re planning to do through our product stewardship expertise and credentials.”

Carmel Dollisson is extremely pleased to be leaving ANZRP in capable hands.

“This business has been my passion for more than six years, and it’s not going to be easy to leave it behind. I’m reassured by the work the Board has undertaken in securing a new CEO, and I look forward to working closely with Warren during the transition period.”

To ensure a smooth handover, Carmel will remain with ANZRP until late March.

“Thanks to Carmel we have the benefit of the most orderly of transitions and are well-placed to continue growing our business. Our members and the general public who rely on our free service can be assured ANZRP will continue to provide its industry-leading recycling program,” said Mark Mackay.

“The ANZRP Board warmly welcomes Warren Overton to the team and we would like to thank Carmel for her tireless dedication to establishing a business with world-class credentials.”