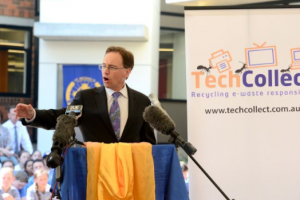 Yesterday (10 June) Minister for the Environment Greg Hunt released the outcome of the NTCRS review.

There was some indication that the targets may increase, and this has been reflected in the outcome, with Option 3 (of the different options under consideration) to be adopted.

The key points of the changes are:

The Minister acknowledged “the vital role of the television and computer industries in funding the scheme”.

ANZRP will issue further information and feedback about the announcement in due course.