All I want for Christmas is a circular economy: Five CE highlights of 2019 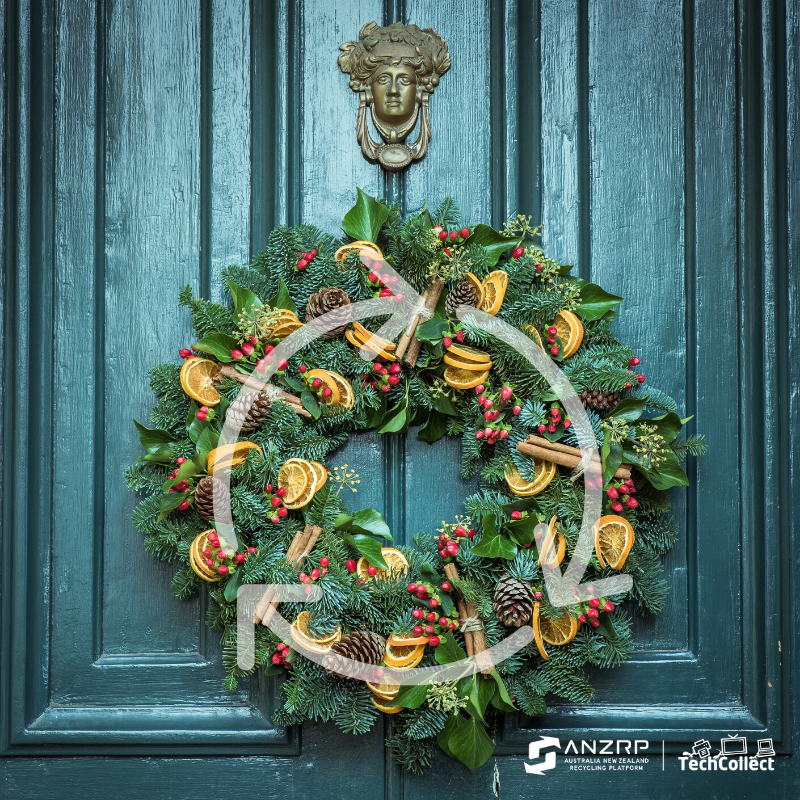 Christmas, while the best time of year for some, has been known to stir feelings of anxiety among environmentally and waste conscious people. A harmless secret Santa to some is a dreaded and stressful activity for others, unable to divorce the idea of giving gifts with visions of useless trash gathering dust in the drawer before reaching its final destination – landfill.

The thing that we want most doesn’t come overnight, nor could it be delivered in a four week Christmas campaign. But the transition to a circular economy is happening now, and Christmas may just be the best time to reflect on this year’s achievements. Here are five things that happened in the circular economy space this year in Australia alone – we hope this will bring some Christmas cheer!

1. Australia got its first Circular Economy Lab, based in Queensland

In a first for Australia, Queensland welcomed its Circular Economy (CE) Lab – an experimental and collaborative environment with a mission to accelerate the circular economy in Queensland. The lab was set up in February this year by Coreo, Business Models Inc, and supported by the Queensland Department of Environment and Science.

In a program facilitated by the lab, 26 industry organisations including the likes of Suez, Fisher and Paykel and Lendlease came together to co-author design solutions for circularity challenges faced by their industry. The program used design thinking to develop and pitch five projects, with each pitching for their share of the $100K seed fund.

Design thinking and circular economy principles were applied to create projects everywhere from improved meat packaging, to a digital tool to quantify the value of circular economy. Most are now set to begin implementation next year.

2. Planet Ark announced it will be launching a National Circular Economy Hub

On its way in 2020, this National Circular Economy Hub will be a platform for inspiring and facilitating the collaboration and networking necessary for a transition to a circular economy.

Backed by Planet Ark, Australia’s most recognised sustainability brand according to research by Mobium, the Hub will have multiple elements including a product stewardship cluster which will help facilitate collaborative product stewardship programs, an online marketplace for circular products, a resource library and a one-stop-shop site for searching recycling drop-off locations for all kinds of products.

Speaking about the CE Marketplace, Planet Ark’s Head of Sustainable Resource Programs, Ryan Collins, said, “This helps Planet Ark address one of the key challenges facing the Australian recycling industry, namely in developing the domestic market for recycled materials. We’re delighted to have been given the important responsibility to develop the technology behind the Circular Economy Marketplace to serve as the missing piece of the recycling puzzle.”

Hopefully we’ll see some collaboration between this Hub and Queensland’s CE Lab.

3. Product stewardship had time in the spotlight

While the Product Stewardship Act is still undergoing its Review, prior to the Federal election in May the Morrison Government announced $20 million will be set aside for a product stewardship fund. This fund will be used to encourage industry recycling schemes for products like batteries, electrical products, solar cells and plastic oil containers.

As the National Television and Computer Recycling Scheme remains the only formal program under the Product Stewardship Act, ANZRP welcomes this announcement. ANZRP has made several detailed submissions to the Department of the Environment and Energy this year regarding the NTCRS – we believe strong regulation and greater transparency of the Scheme is key to ensuring sound environmental and socio-economic benefits.

Product stewarship is a vital tool for putting circular principles in action, and we expect attention on this to grow even more in the coming year.

4. The NSW and Vic Governments both broached circular economy policies

Peaking public interest in the circular economy has been partially due to governments getting serious about a transition and developing statewide CE policies. In February this year the NSW Government released its circular economy policy statement titled Too Good To Waste.

The Statement provides a framework for implementing initiatives throughout the product life cycle, from design, manufacturing, and retail to end-of-life-disposal. The policy will form the basis for a 20-year Waste Strategy for NSW, which will be implemented and underpinned by circular economy principles.

This year the Victorian Government also went out to consultation on its Circular Economy Policy, and plans to release the final policy and consultation report at the end of this year. The 2019/20 Victorian Budget set aside $35 million to strengthen and diversify Victoria’s waste and recycling industry. Victoria has been the state most affected by China’s National Sword policy, with many councils being left without a recycling service this year after the closure of recycler SKM.

Both initiatives are expected to gather industry, government and the community together to reach innovative solutions for the transition.

In August Prime Minister Scott Morrison announced that the Government would work to ban exports of recyclable material. This was locked down at November’s Meeting of Environment Ministers (MEM) where an agreement was reached to ban the export of particular categories of waste from 1 July 2020 with a phased approach.

The dates set for phasing out exports of these categories of materials are:

While industry has welcomed these commitments, they have warned of a number of shortfalls, including the importance of placing significant attention and funds on developing markets within Australia for these recycled materials so the bans do not result in more landfilled material.

What will the new decade bring?

No doubt 2020 will be an even bigger year for the circular economy as awareness grows and the trend further catches on. And just like with other trends, we’ll keep a healthy dose of skepticism for those with greenwashing motives wanting to claim the term – circular is the new linear after all.

But the fact that this phrase is gaining traction enough to attract such free-riding indicates it has hit the public and mainstream realm – testament to its merit.

We’ll be bringing you some exciting announcements in the new year, but until then have a relaxed, enjoyable and (as much as possible) sustainable Christmas. If your Christmas break involves a clean out, bring your old electronics to your nearest TechCollect site.